skip to main | skip to sidebar

Is Horror Planet another Alien rip off?? 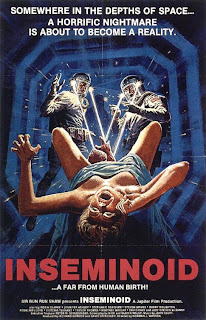 Could "Inseminoid," also known as "Horror Planet," a sci-fi horror thriller, be another clone of alien rip off? And if so, is that a bad thing? Whilst exploring a series of caves beneath the surface of Jupiter's moon Xeno, a scientific research team unleashes a long-buried alien (this sucker is big too). Which impregnates one of the female members of the crew (Judy Geeson). With the pregnancy developing at an alarming rate, Geeson (known as Sandy) is compelled to protect her unborn 'children' from scrutiny and begins to massacre her team members one by one, by one... "Inseminoid" was filmed in London in 1980, at a location called Chislehurst caves. Theres been some debate whether or not "Inseminoid" was ripped off of Ridley Scott's "Alien" film. This one has got gore, though, and plenty of it. It has some cool location shots . The acting isn't at the level of the "Godfather," but it tries to work with what it has got. Once the rampage and violence takes off, it's on. The score is cool, too. Not sure how well this movie did in America? It's known over here as "Horror Planet." But it does keep you watching and is never dull. "Inseminoid" is an intense, gruesome affair that shocks and rises to heights that "Alien" never could! Aspect ratio (2.35). I rate this one 3 stars... well, a low 3.
Posted by ronnie2112 at 8/10/2009 05:09:00 PM

0 Stars: A complete turkey. Not even worth watching for free.

1 Star: A very poor production. The definition of a whipped up film.

2 Stars: A watchable film, if unmemorable and unremarkable. Something to watch, if you've nothing better to do.

3 Stars: A good movie. A solid effort and well worth your time to watch.

4 Stars: The creme-de-la-creme of films. The highest quality. This is a film you must see!

Video Pick of the Week 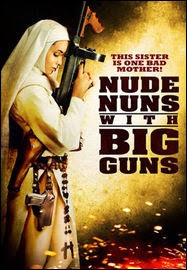